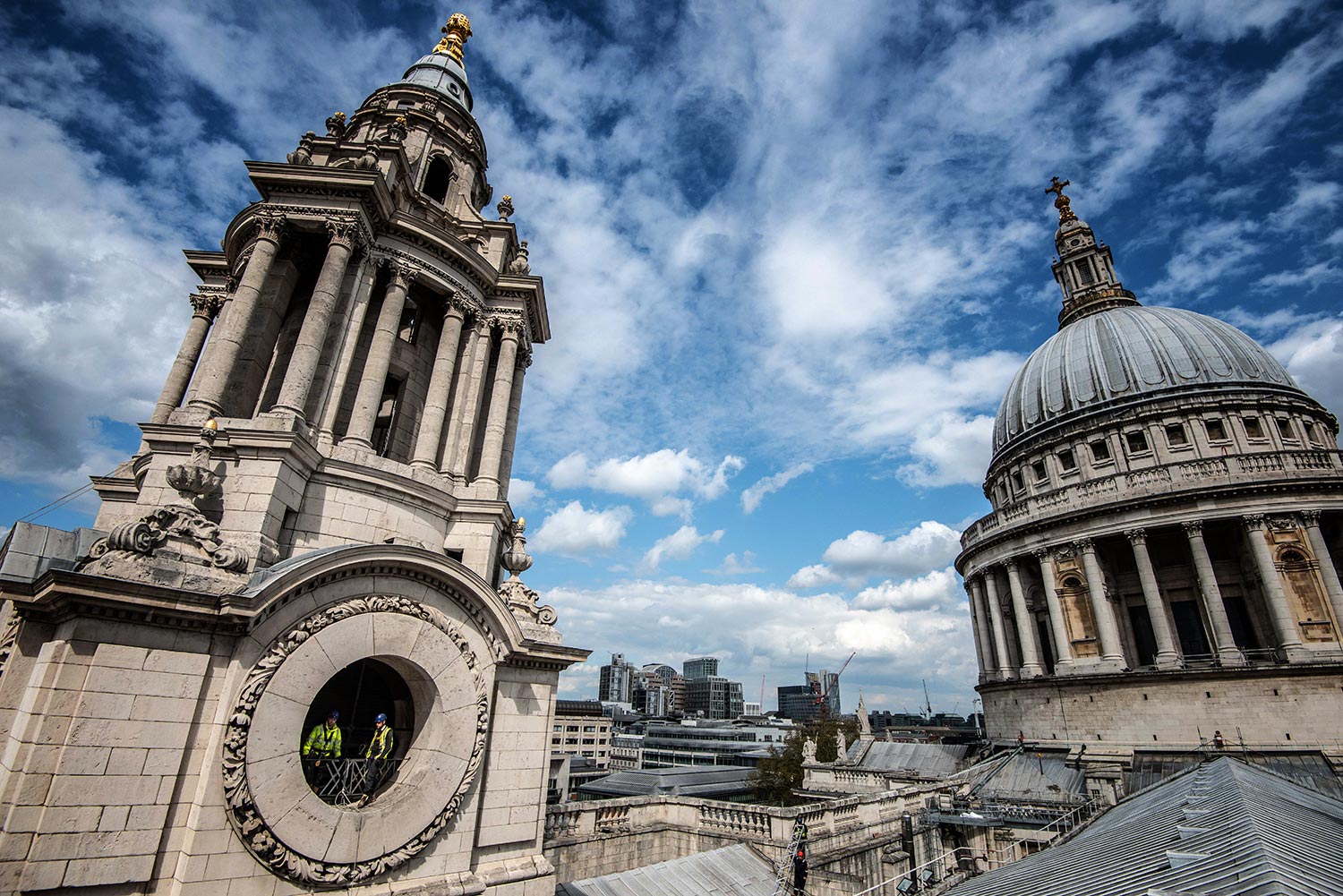 A couple of weeks ago I was asked to do an industrial photography shoot on the roof of St Paul’s Cathedral in London.

I was working for the Association of Technical Lightning and Access Specialists (ATLAS) and photographing one of their members Stone Technical Services from Darlington. They were preparing one of the bell towers for removal of the bells for restoration.

The following is taken from St Paul’s Cathedral’s website…..

After nearly 140 years of service the 12 bells of St Paul’s are due to have the most major restoration in their history.

Following the traditional New Year peal, the final time they rang this year, the bells will be removed from the north west tower later in January and taken to the foundry of John Taylor & Co in Loughborough, where they were cast in 1878. There they will be cleaned to remove a thick layer of grime and fitted with new moving parts to improve their performance.

During the bells’ restoration, the timber bellframe will be strengthened to preserve it for many more years. The ringing room, where the ringers operate, will be fitted with better lighting and the historic records of the peals that have been rung at significant moments in history will be restored. New records will be added to the ringing room walls for the peals rung for the Queen’s Golden and Diamond Jubilees and the three Olympic and Paralympic Marathons in 2012.

This will only be the third time in their history that the bells have been silent for any length of time, the previous occasions being the two World Wars and a period from 1925 to 1930 when the Cathedral itself was closed for major building works. However, the towers will not be entirely silent, as the clock bells, including Great Tom, in the south west tower will continue to sound, as will the original service bell which dates from 1700.

The work has been made possible by generous donations from the Corporation of London and the seven livery companies who originally gave the bells, bellringing charities, individual ringers including the Cathedral’s own company and other donors.

It is hoped that the bells will be back in operation in time for their 140th birthday on 1st November 2018. With routine maintenance the bells should then be good for another 140 years.

The Reverend Canon Michael Hampel, Precentor of St Paul’s, said, ‘The call to worship of bells is a sound that threads itself through the history of western Christianity and is part of the fabric of the British nation. This exciting project will ensure that the bells of St Paul’s continue to signal the Church’s presence to the City and to the World.’