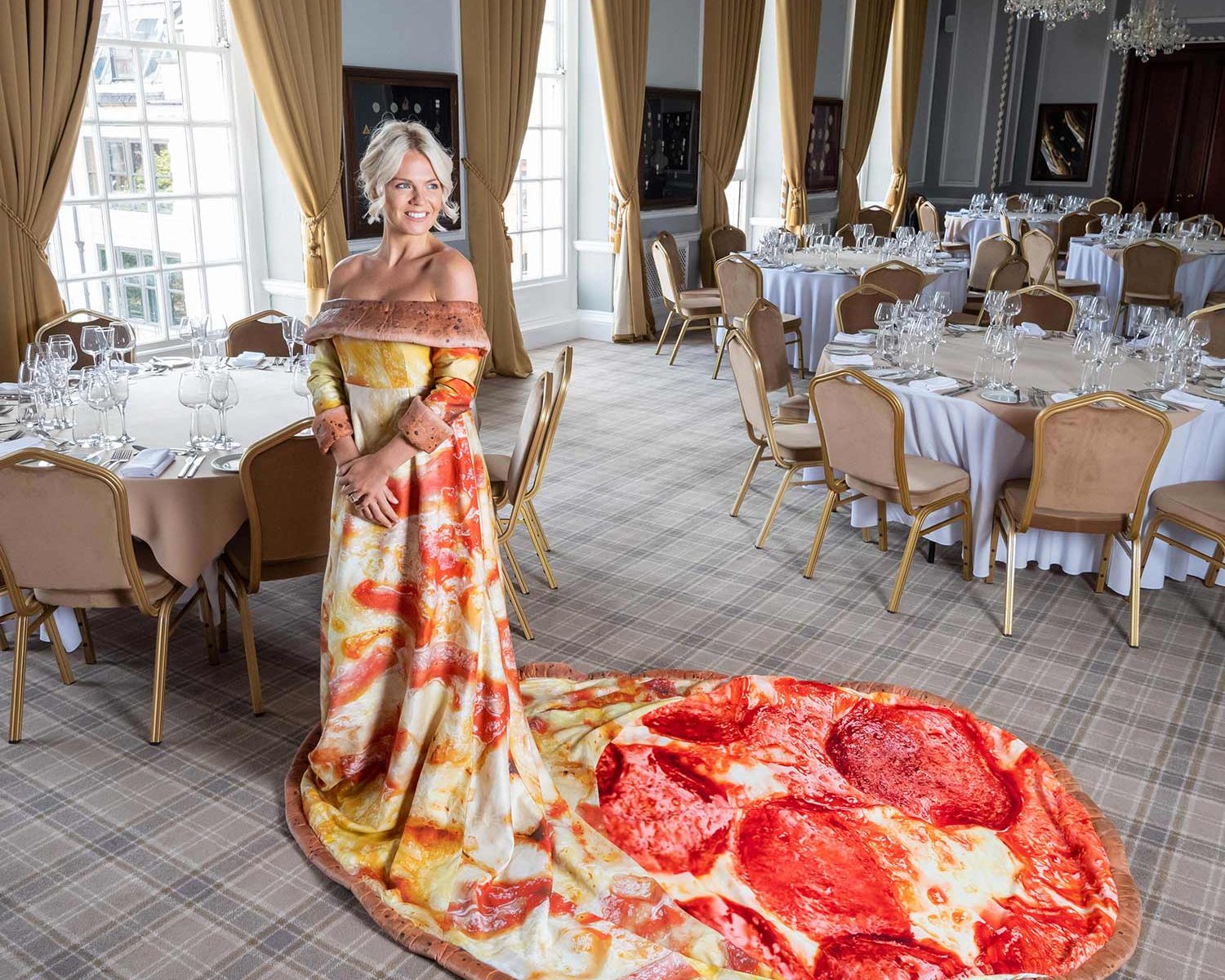 Her gown and train is decorated in cheese and pepperoni and has a “crust” edging.

She even has a matching pizza bouquet.

It may be a little over the top-ping for some tastes, but others might knead the colourful outfit for their big day — especially as it won’t cost them any dough.

The amazing dress is part of a one-off wedding prize in a competition being run by pizza maker Chicago Town. The winner will also be treated to a honeymoon in Chicago.

And wedding guests will be able to take away a slice of a special six-tier pizza cake.

The competition was announced after a poll of 2,000 Brits found that food was as important than the wedding ceremony itself for some guests.

Seven per cent said they would turn down an invite to a wedding because they didn’t like the sound of the food being served up, while eight per cent admit that they have left a wedding early because the food wasn’t up to scratch.

Rachel Bradshaw, of Chicago Town, said: “Weddings are the ultimate celebration of love, but it seems our obsession with food trumps everything else. Our research has revealed that 65 per cent of Brits would be more excited about attending a wedding if they knew pizza was on the menu.”

A spokesman for Chicago Town said: “The unique pizza wedding dress is loosely modelled on Rihanna’s iconic 2018 Met Gala dress – and the package is available for one lucky bride-to-be due to get married this year.”